Don’t speak negatively of yourself.  It’s the first in a series of traits for successful people in the secular world that we’re going to look at.  However, we’re going to see how these same traits can be applied to becoming a “successful” Christian.  Someone who not only has an idea what Christianity is really about, but who also lives it.  Finally, who also does the Great Commission and not what Dallas Willard calls the Great Omission.

Don't settle for less, #01: don't speak negatively of yourself is article #3 in the series: Settling for less. Click button to view titles for entire series

With that in mind, here’s the first one, from 23 Things Successful People Never Do on bestlifeonline.com:  Don’t speak negatively of yourself. 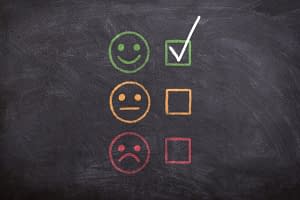 It may sound overly simplistic, but the most important difference between those who succeed in life and those who don’t is how they talk about themselves. If you speak negatively about yourself, discounting your achievements and insinuating you can’t do something, that only serves to hurt your ability to succeed down the line.

“You can transform your life using the power of the spoken word,” says James Sweigert, a lifestyle expert and author of If You Say So. “There is greatness in all of us and the universe wants us all to flourish. Claim and manifest the things you want. Make your mind up to be happy! The universe will present any story you tell it, negative or positive. So be on your own side.”

Don’t speak negatively of yourself

OK.  To some extent, that’s also true from a Christian point of view.  To some extent.  However, some changes are needed.  It maybe seems weird, but there are two totally opposite ways that some (many?) Christians perceive themselves.  As with most extremes, I think both are, well, for lack of a better word – extreme – and therefore not right.  As usual, someplace in the middle is where we should be.

That may sound odd to most Christians.  After all, Jesus told us something about being the least.  You may remember it.

Who Will Be the Greatest? – Luke

Lk 9:49 “Master,” said John, “we saw a man driving out demons in your name and we tried to stop him, because he is not one of us.”

What we’re looking for in that passage is this: For he who is least among you all—he is the greatest.  As Jesus often said, things are kind of upside down in Heaven.  The least will be the greatest.  The last will be first.

There is one catch to that though.  It has to be true.  And it’s not like Jesus doesn’t know the truth.  After all, notice verse 47: Jesus, knowing their thoughts… .  Therefore, if we lie to ourselves about just how far behind everyone else we are, Jesus is going to know.  Just imagine being caught in a lie to Him.  I know, sometimes we think we’re being humble by putting ourselves down. But He knows better.

It should be obvious that this is the wrong thing to do when it’s not true.  Should be.  But then, we all do it.  The truth is though, it’s false humility.  It’s a lie to others, to ourselves, and to God.

Don’t speak negatively of ourselves – how does that relate to being humble?

However, did you know that putting ourselves down isn’t what humility in the Bible is even about?  Let’s look at that.

HUMILITY — a freedom from arrogance that grows out of the recognition that all we have and are comes from God. The Greek philosophers despised humility because to them it implied inadequacy, lack of dignity, and worthlessness. This is not the meaning of humility as defined by the Bible. Jesus is the supreme example of humility (Matt. 11:29; Mark 10:45; John 13:4–17; Phil. 2:5–8), and He is completely adequate and of infinite dignity and worth. Biblical humility is not a belittling of oneself (Matt. 6:16–18; Rom. 12:3), but an exalting or praising of others, especially God and Christ (John 3:30; Phil. 2:3). Humble people focus more on God and others than on themselves.  1)Youngblood, R. F., Bruce, F. F., & Harrison, R. K., Thomas Nelson Publishers (Eds.). (1995). In Nelson’s new illustrated Bible dictionary. Nashville, TN: Thomas Nelson, Inc.

Freedom from arrogance.  In reality, false humility is nothing but arrogance.  It’s an attempt to influence the opinions of others.   We put ourselves down.  Secretly, we want someone else to say that we’re better than what we said.  And most of the time, someone does exactly that.  And we’re lifted up in our self-esteem.  Not to mention in the eyes of others.  Or so we think.  Truth is, oftentimes it’s no secret at all.  Most people know full well what’s going on.  And they play the game.

But Jesus?  He knows what’s going on even before the words are out of our mouths.  False humility just doesn’t fly with Him.  It’s not humility at all.

Here’s an example from the Romans passage mentioned above.

Ro 12:1 Therefore, I urge you, brothers, in view of God’s mercy, to offer your bodies as living sacrifices, holy and pleasing to God—this is your spiritual act of worship. 2 Do not conform any longer to the pattern of this world, but be transformed by the renewing of your mind. Then you will be able to test and approve what God’s will is—his good, pleasing and perfect will.

Ro 12:3 For by the grace given me I say to every one of you: Do not think of yourself more highly than you ought, but rather think of yourself with sober judgment, in accordance with the measure of faith God has given you. 4 Just as each of us has one body with many members, and these members do not all have the same function, 5 so in Christ we who are many form one body, and each member belongs to all the others. 6 We have different gifts, according to the grace given us. If a man’s gift is prophesying, let him use it in proportion to his faith. 7 If it is serving, let him serve; if it is teaching, let him teach; 8 if it is encouraging, let him encourage; if it is contributing to the needs of others, let him give generously; if it is leadership, let him govern diligently; if it is showing mercy, let him do it cheerfully.

Notice that Paul talks about what we do as an act of worship.  Once again, this points us to the fact that we’re talking about something between us and God.  He also reminds us that the things we do, when we follow God’s will, aren’t following the ways of the world.  We’re following God’s good, pleasing and perfect will.

That makes being humble a very tricky situation.  Especially when we’re doing something with one of the gifts God gave us.  Just how much can we put down our efforts when we’re using a gift from God?  And by the same token, how can we build ourselves up when we’re using a gift from God?  Do you see?  It’s not about us either way.  It’s not what we have or don’t have.  What we have comes from God.  What we don’t have, we don’t need in order to fulfill our part of God’s good, pleasing and perfect will.

Don’t speak negatively of yourself – how does humility fit in?

Humble people focus more on God and others than on themselves.

We’re now getting to the heart of the matter.  The issue isn’t don’t speak negatively of yourself.  The issue is to focus more on other people.  Especially on God.  That’s made very clear in the last part of our look at humility.

Biblical humility is also a recognition that by ourselves we are inadequate, without dignity and worthless. Yet, because we are created in God’s image and because believers are in Christ, we have infinite worth and dignity (1 Cor. 4:6–7; 1 Pet. 1:18–19). True humility does not produce pride but gratitude. Since God is both our Creator and Redeemer, our existence and righteousness depend on Him (John 15:5; Acts 17:28; Eph. 2:8–10).  2)Youngblood, R. F., Bruce, F. F., & Harrison, R. K., Thomas Nelson Publishers (Eds.). (1995). In Nelson’s new illustrated Bible dictionary. Nashville, TN: Thomas Nelson, Inc.

Biblical humility is also a recognition that by ourselves we are inadequate, without dignity and worthless.

Of course, the key is the part about by ourselves.  That takes away thoughts of false humility and arrogance.  And while it appears to give an impression of absolute worthlessness, it really doesn’t mean that at all.

But then, the thoughts of arrogance are also out the window, because the infinite worth doesn’t come from us.  Rather, it’s from God.

True humility does not produce pride but gratitude. Since God is both our Creator and Redeemer, our existence and righteousness depend on Him (John 15:5; Acts 17:28; Eph. 2:8–10).

Ultimately, this is what we should speak of.  We should not speak negatively about ourselves.

Don’t speak negatively of ourselves – but don’t boast either

Nor should we be boasting of ourselves, as Paul points out.

Made Alive in Christ

Eph 2:1 As for you, you were dead in your transgressions and sins, 2 in which you used to live when you followed the ways of this world and of the ruler of the kingdom of the air, the spirit who is now at work in those who are disobedient. 3 All of us also lived among them at one time, gratifying the cravings of our sinful nature and following its desires and thoughts. Like the rest, we were by nature objects of wrath. 4 But because of his great love for us, God, who is rich in mercy, 5 made us alive with Christ even when we were dead in transgressions—it is by grace you have been saved. 6 And God raised us up with Christ and seated us with him in the heavenly realms in Christ Jesus, 7 in order that in the coming ages he might show the incomparable riches of his grace, expressed in his kindness to us in Christ Jesus. 8 For it is by grace you have been saved, through faith—and this not from yourselves, it is the gift of God— 9 not by works, so that no one can boast. 10 For we are God’s workmanship, created in Christ Jesus to do good works, which God prepared in advance for us to do.

For we are God’s workmanship, created in Christ Jesus to do good works, which God prepared in advance for us to do

Honestly, we can’t.  Or at least we shouldn’t.  We are, at best, doing what we promised to do when we became a Christian.  And to the extent that we succeed, all the credit and the glory goes not to us – but to God.

Image by athree23 from Pixabay

2 thoughts on “Don’t settle for less, #01: don’t speak negatively of yourself”