Lead us not into temptation. 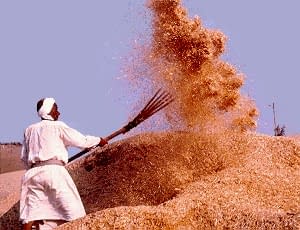 Do you feel like this is happening to you?
You may know, in the very next verse – Jesus says He prayed for (Simon) Peter.

But – do you remember / know what Jesus prayed for?  Or what happened next?

Lk 22:31 “Simon, Simon, Satan has asked to sift you as wheat. 32 But I have prayed for you, Simon, that your faith may not fail. And when you have turned back, strengthen your brothers.”

Lead us not into temptation ... is article #9 in the series: The Lord's Prayer. Click button to view titles for entire series

You may be thinking that Jesus prayed for Peter – so all’s going to be well.
Based on that – we may think that if we pray to Jesus – asking Him to also pray for us – that everything will be well for us too.

However – that’s not what happened.  Not even close.

How can that be?
We pray, as Jesus said

Mt 6:13 And lead us not into temptation,

and we expect that nothing bad is going to happen.  If we ask for that – God will deliver – right?

The problem may be that we haven’t really understood what’s being asked for.  If we look at the word temptation, depending on context, it’s really got different meanings, including –

an internal temptation to sin.

an enticement to sin, temptation, whether arising from the desires or from the outward circumstances.

of the condition of things, or a mental state, by which we are enticed to sin, or to a lapse from the faith and holiness.

rebellion against God, by which his power and justice are, as it were, put to the proof and challenged to show themselves.   1)Strong, J. (1995). Enhanced Strong’s Lexicon. Woodside Bible Fellowship

So we see that, in context, some of these temptations come from God and some don’t.  It’s also important to note that temptation, by itself, isn’t the problem.  It’s when the temptation actually has it’s desired results (from Satan’s point of view) that we have a problem.  And, let’s not forget that succumbing to temptation isn’t necessarily the “end” either.  God will forgive us – if we ask.  It’s the point at which we turn away from God forever that we really truly have failed – big time.

Lead us not into temptation

“Simon, Simon, Satan has asked to sift you as wheat.

This is something that Satan has asked for – not that God did to Peter.

So when we hear Jesus say

But I have prayed for you, Simon …

It’s not reasonable to assume that Jesus would pray for this sifting as wheat would not take place.  Why would Jesus pray for the exact opposite of something that the Father has just permitted to happen?  He wouldn’t!  This sifting is going to take place.  And just like it took place with Peter – it will take place with us.  At least it will if Satan asks for it.  And if we give Satan a reason – we can be pretty sure he will be asking for us to be sifted as well.  Evidence of this comes from the word “you” in verse 31.

In English, we can’t tell the difference between the singular and plural from the word you.  It has to come from context.  It’s not unreasonable, based on the wording of these verses, to assume that Jesus meant “you” to be singular – meaning only Peter.  But this begs the question, what about the other disciples?  Didn’t Satan see them as worthy of sifting as well?  Was Peter the only one that was a problem for Satan up to that point?  Was Satan assuming that the rest of the twelve were going to just passively live out their lives?

Looking up the original Greek, we find the meaning below –

It’s plural.  To that end, the 2011 version of the NIV now translates the verse as –

31 “Simon, Simon, Satan has asked to sift all of you as wheat.

The implication then, is that Satan can and will ask for anyone he sees as potentially getting in his way – making it hard for him to turn people away from God – will ask permission to sift them as wheat.
Further, the implication is that it will be allowed!

But what if we lead ourselves into temptation?

Remember the various possible contexts for the word temptation?  Here, we’re going to look at one of them.  We’re going to skip what Jesus said right after telling Peter that He was praying for Him.  We’ll come back to it – trust me.  But it assumes knowledge of events to come – that Jesus certainly knew – but Peter certainly did not know.  And we won’t know the events to come in our lives either!  So if you know what comes next, try to put it aside for now.

The next verse we look at is –

This could very well be – an internal temptation to sin.
Or maybe – of the condition of things, or a mental state, by which we are enticed to sin, or to a lapse from the faith and holiness.

In any case – it’s a response from Peter – and Peter alone.  It’s Peter relying on his own strength – his own bravado – his not being fully aware of what’s going on in the spiritual world and not realizing that by himself, he doesn’t stand a chance.  Peter has allowed himself – as we do all the time – to rely on his own strength and knowledge – ignoring the warning that Jesus gave Him.  That Jesus is praying for us should tell us that the adversary is quite strong – much more so than we are.

And so in the next verse – Jesus warns Peter again –

Lk 22:34 Jesus answered, “I tell you, Peter, before the rooster crows today, you will deny three times that you know me.”

And even after that warning – Peter did exactly what Jesus said he would do.  Rather than even go to prison, let alone die, Peter lied three times about knowing Jesus.  Peter fell for the temptation.  He denied Jesus.

Even after Jesus prayed for him.

How can that be?

What did Jesus really pray for?

What Jesus prayed for us that Peter’s faith would not fail.  Yes – Peter may fall victim to the temptation – but it wouldn’t be permanent.

Continuing with the verse that we skipped previously, we read that in fact – Jesus told Peter that he would most certainly fail the test!

And when you have turned back, strengthen your brothers.

but deliver us from the evil one.

Jesus tells Peter that he will be tempted – Satan will succeed in this temptation effort – but Peter will turn back.

In other words – Satan may win this battle – but he will lose the war.

Further – Jesus tells Peter that as a result of this apparent failure – Peter will be even stronger afterwards – and should use his experience to help strengthen his brothers.

Matthew 6:13 And lead us not into temptation,
but deliver us from the evil one.

It’s a prayer – not to avoid temptation completely, because we will certainly lead ourselves into enough temptation – plus Satan will probably ask for permission to give us even more temptation – and God may very well provide some testing.

It’s important to remember this from 1 Corinthians –

1Co 10:11 These things happened to them as examples and were written down as warnings for us, on whom the fulfillment of the ages has come. 12 So, if you think you are standing firm, be careful that you don’t fall! 13 No temptation has seized you except what is common to man. And God is faithful; he will not let you be tempted beyond what you can bear. But when you are tempted, he will also provide a way out so that you can stand up under it.

No matter the source / cause of the temptation – it won’t be more than we can bear.  If we ask for – recognize – and use the power He will make available for us  if we ask for it – we will be able to get through it.

In other words – if we ask, He will always –

deliver us from the evil one

Are you asking for this?

How about the rest of the prayer?